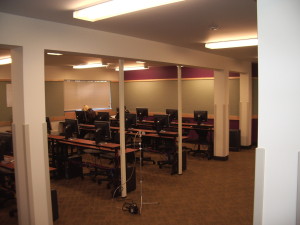 EHSI conducted an indoor air quality assessment (IAQ) at the Parkway facility in Snohomish, Washington. The assessment was conducted due to concerns about indoor air quality expressed by some building occupants. During the assessment EHSI visually assessed areas within the facility for evidence of potential contaminants. EHSI measured the IAQ parameters of temperature, relative humidity, carbon monoxide, carbon dioxide, and airborne particulates over time in two locations over 24- to 48-hour periods.  Similar measurements were collected throughout the facility as spot check measurements.  EHSI also collected samples of airborne particulates, both fungal and non-fungal, from several areas within the facility. In addition, EHSI conducted a visual assessment of the crawlspace to identify potential contaminants or environments that could deleteriously affect the indoor air quality within occupied portions of the facility.  EHSI conducted a walk-through assessment of all accessible areas for evidence of potential contaminants